The much awaited Asia Cup 2022 has been kicked off with a match between Sri Lanka and Afghanistan at the Dubai International Cricket Stadium. The match was held on 27th August. The Asia Cup has a lot of excitement among sports lovers around the world. That’s why they regularly look for all the updates of the game. From this article you will know details about the Asia Cup 2022 Schedule, Live Telecast, Score Update.

This year’s Asia Cup is being held in T20 format. 6 strong teams from Asia namely Bangladesh, India, Pakistan, Sri Lanka, Afghanistan, and Hong Kong will compete to win this trophy. It was originally scheduled to be held in Sri Lanka, but due to the country’s financial crisis, the UAE was considered. However, without further delay, get all the information about the game.

Various TV channels have become active to enjoy the live Asia Cup from any part of the world. On these channels you can enjoy all the matches directly from anywhere. You can also witness the great performance of 6 teams with live stream TV channels and apps. Besides, every match of the game is available in any other languages including Bengali, English and Hindi. You can also watch the game through social media. There is an option to watch the game live on Facebook.

Live Streaming for All Locations:

Several TV channels will telecast the Asia Cup live. Among the domestic TV channels is Gazi TV which has bought the rights to telecast the matches live. You can also watch the live telecast of the matches on Citizen TV and BTV. Other channels include T Sports, Star Sports, and Ten Sports. Moreover, you can enjoy the game directly on the phone through Rabbitholbd and MyGP app. Also, cricket lovers can enjoy live matches of their choice on GP Bioscope and Toffee app.

Every match of the Asia Cup will start at 8 pm BD time and every mentioned channel will telecast the matches live. This is the 15th edition of the Asia Cup but there has been a slight change in the format which has made the audience more enthusiastic. There are some other apps for watching live telecasts which can be downloaded on android and you can enjoy the game from anywhere.

The fun of knowing the live score of the game is different. You can also watch live scores on the channels that will telecast the games live. There are also some software which are quite convenient to watch live matches and scores. Live scores can be watched on popular OTT platform Yupp TV.

A total of 6 teams are playing in Asia Cup 2022 who are divided into two groups. Group A includes India, Pakistan, Hong Kong and Group B includes Bangladesh, Sri Lanka, Afghanistan. The Asia Cup dates are from August 27 to September 11. A total of 13 matches will be held during this period. However, if you know the schedule of the matches in advance, you may not miss any match. At this stage we will inform you about the schedule.

The match on 27th August will be between Sri Lanka and Afghanistan (Group B). On August 28, two strong teams India and Pakistan will fight from Group A. Both matches will be held in Dubai. Bangladesh and Afghanistan will play on August 30. The game will be held in Sharjah. August 31 is the schedule for Group A where India and Hong Kong will play in Dubai. Besides, the 1st September match will be between Sri Lanka and Bangladesh. Pakistan and Hong Kong will play on September 2. After that the Super 4 matches will start which will continue till September 11.

This year’s Asia Cup has been organized in a slightly different format. The 2022 Asia Cup is being held in 20 overs, though previously it was 50 overs. No matter how the rules change, the interest of the fans of the game is always there. Hopefully, you have got answers to all your questions about the Asia Cup 2022 schedule, live telecast and scores. Perhaps now you won’t miss your desired match because this article already discusses the ways to watch the match. 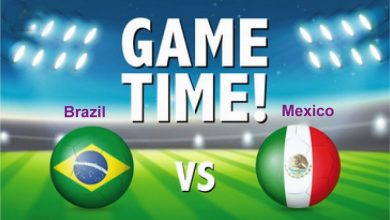