Happy Republic Day of India: Each day of the calendar is not equally significant to people. But there are some days which are un monumental for the history and the achievement behind it. Indian Republic day is such an accoladed day for every Indian.  Well, Indian Republic day is one of the most important and glorious holidays in India. The enactment of India’s constitution is marked on this day which was held on 26th January, 1950. Because there was a lot of effort behind the creation of India’s constitution.

However, the day is not only about the constitution but also inspires the youth. Moreover, the day has a number of educational lessons for all ages of people. The day greatly marks the importance of law and order as well. Not only these, the importance of democracy is also commemorated by Indian Republic Day. In addition, it is a public and national holiday for India. And that’s why, schools, colleges, offices, courts, and businesses are closed on this day. India’s people on this day have a great time with several cultural and traditional celebrations.

Well,  Indian Republic Day has been celebrated every year on 26th January in India since 1950. In 1950 on the day (26th January), India’s constitution got its existence. That’s why 26th January is undoubtedly an extraordinary, glamorous and important day for India’s citizens and government as well.

India was under British rule before its independence on 15th August in 1947. Then on 16th November 1949, India’s constitution was adopted for the first time. But it came into effect on 26th January, 1950 and since then 26th January is celebrated as Indian Republic Day.

Here, the day is very much important to India’s people. They celebrate this day with several fascinating celebrations and activities.

There is a rich history behind every national holiday. Indian Republic Day is not different. It also has a glorious, rich, fascinating and old history. Do you want to know about it? Then read and scroll with your soft fingers and don’t forget to thank me later, hehehe!

However, the start of Indian Republic Day started from India’s independence from the British in 1947. But after two years in 1949 on 26th November, India’s constitution was adopted. Unfortunately, it didn’t come into effect instantly.

*May hope and peace always be in the country. Happy Republic Day!

*Let us remember and feel proud of the rich heritage and culture of our country. Happy Republic Day!

*On this special day, lets promise to preserve the heritage and bring glory to our motherland. Happy Republic Day!

*Salute the spirit of brave men who fight for the nation on this special day.

1. Let’s salute the sacrifices made by freedom fighters and soldiers who made us realise the dream of an independent and unified India. Happy Republic Day!

3. Everything that is really great and inspiring is created by the individual who can labour in freedom — Albert Einstein

4. Freedom is indeed the most expensive as it came after the sacrifices of our freedom fighters, so never take it for granted. Happy Republic Day 2023!

5. Let’s recall the sacrifice of the true heroes of the nation. Happy Republic Day 2023

6. Rejoice in the glory of the nation and do not forget to thank the soldiers. Happy Republic Day 2023!

7. We shall never forget the freedom struggle of our brave hearts. Happy Republic Day 2023!

8. Freedom in the mind, strength in the words, pureness in our blood, pride in our souls, zeal in our hearts, let’s salute our nation on Republic Day. Happy Republic Day 2023!

Here, let’s talk about Indian Republic Day Quotes. Quotes are one of the most attractive parts of any national holiday like Indian Republic Day. By using quotes on this day, you can inspire people about the day. In addition, quotes are mostly used on social media like Facebook, Instagram, Twitter etc.

1. “Even if I died in the service of the nation, I would be proud of it. Every drop of my blood… will contribute to the growth of this nation and to make it strong and dynamic.” – Indira Gandhi

2. “Let new India arise out of peasants’ cottage, grasping the plough, out of huts, cobbler and sweeper.” – Swami Vivekananda

3. “The weak can never forgive. Forgiveness is the attribute of the strong.” – Mahatma Gandhi

5. “Democracy is not merely a form of government. It is primarily a mode of associated living, of conjoint communicated experience. It is essentially an attitude of respect and reverence towards fellow men.” – BR Ambedkar

6.”Every Indian should now forget that he is a Rajput, a Sikh or a Jat. He must remember that he is an Indian.” – Sardar Patel

7. “Faith is the bird that feels the light when the dawn is still dark.” – Rabindranath Tagore

8. “Let your life lightly dance on the edges of Time like dew on the tip of a leaf.” – Rabindranath Tagore

9. “Take up an idea, devote yourself to it, struggle on in patience, and the sun will rise for you.” – Swami Vivekananda

10. “This life is short, the vanities of the world are transient, but they alone live who live for others, the rest are more dead than alive.” – Swami Vivekananda

11. “The sanctity of law can be maintained only so as long as it is the expression of the will of the people.” – Bhagat Singh

12. “The shots that hit me are the last nails to the coffin of British rule in India.” – Lala Lajpat Rai

13. “Swaraj is my birthright and I shall have it.” – Bal Gangadhar Tilak

14. “You must be the change you want to see in the world.” – Mahatma Gandhi

15. “Let us together commence a journey of peace, harmony, and progress in South Asia.” – Atal Behari Vajpayee

16.”Every Indian should now forget that he is a Rajput, a Sikh, or a Jat. He must remember that her is an Indian.” – Sardar Vallabhbhai Patel

18. “Patriotism is your conviction that this country is superior to all others because you were born in it” – George Bernard Shaw 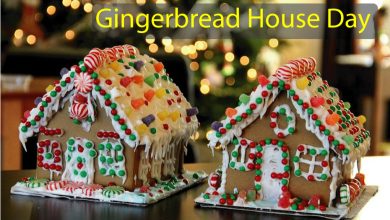 Pohela Boishakh 2022: When is Bengali New Year and how to Celebrate 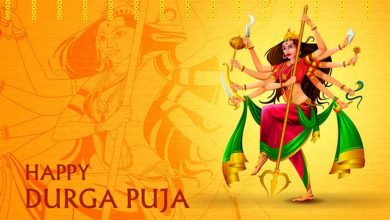 When is Durga Puja 2022? History, Origin and Significance 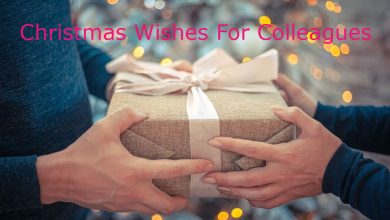 Christmas Wishes and Messages For Colleagues or Coworkers