Every year On August 3, a delicious holiday is celebrated in different countries – Watermelon Day. Its history comes from the United States, where it is celebrated as National Watermelon Day. Among of Many Countries, America ranks first in the number of watermelons consumed compared to other countries. Here, this sweet and delicious fruit (or rather, a berry) is just as essential for summer picnics.

Perfectly thirst-quenching and completely low in calories, watermelon definitely deserves its own holiday treat. It is not known who installed it and when, because it does not lose its popularity, gaining more and more supporters every year. So, today we can confidently say that the holiday has become international.

However, in the United States, watermelons are very popular, especially, the survey found, among the Latin American segments of the country’s population. That is why the day is celebrated with great enjoyment on the 3rd August every year.

Watermelon is one of the leaders in the composition of lycopene – a very powerful antioxidant. All this not only helps to strengthen the immune system but also helps the body in the normal functioning of the nervous system and the formation of red blood cells. 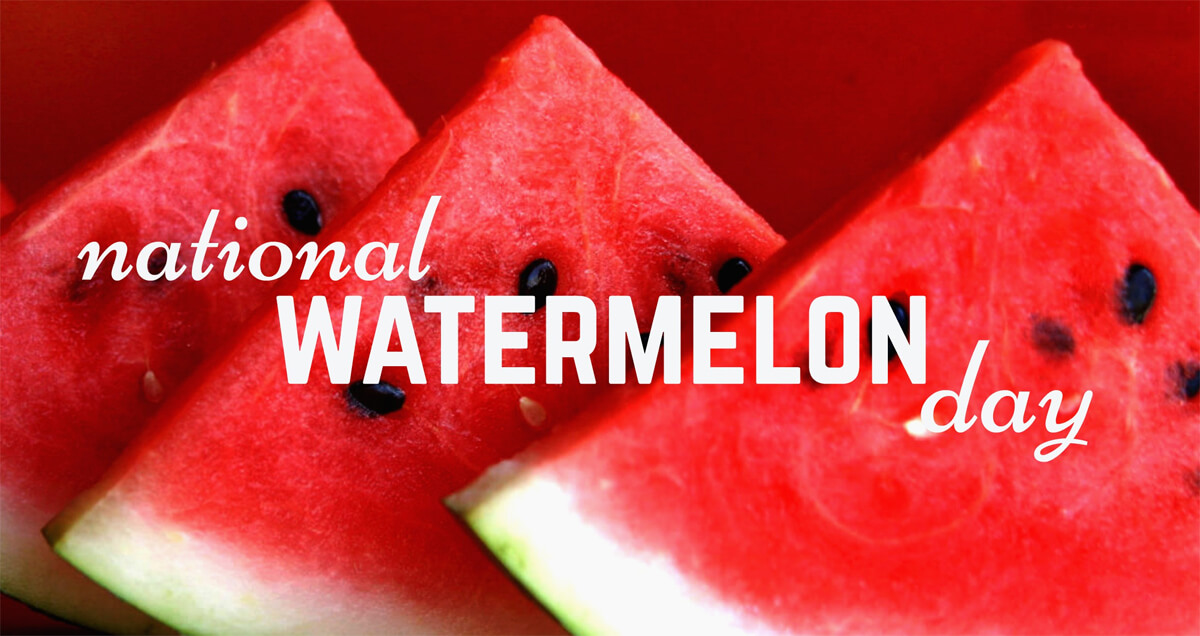 According to historians, South Africa is the homeland of watermelon. It is known that already in ancient Egypt people knew and cultivated this plant, which is confirmed by the excavator. Thus, in the Middle Kingdom era in the 20th century BC. Watermelons were often placed in the tombs of pharaohs as a source of food in their afterlife (seeds were found in Tutankhamun’s tomb, for example).

Additionally, watermelon was depicted on tomb walls and mentioned in many medical recipes in ancient Egyptian mythology and ancient papyri. It was also known in ancient Rome, where it was eaten fresh or salted, and honey was also made from it.

Watermelon was also known to the Chinese by the tenth century. It arrived in ancient China on merchant ships plying the Mediterranean and became highly revered. In addition, the Chinese attach a lot of medicinal value to watermelon to cleanse the body and, if taken continuously before meals, removes diseases from the body”

Celebrating Watermelon Day has considerable significance. People basically recollect all the virtues of watermelon on this day. It’s no secret that watermelons are not only delicious but also a very healthy delicacy. It contains more than 90% water and only 6% sugar by mass. Watermelon is an excellent source of vitamin A and contains vitamin B complex, vitamin C and folic acid.

In addition, iron, potassium, sodium, phosphorus, and magnesium salts contained in watermelon pulp have a beneficial effect on the activity of hematopoiesis. It also has effects on digestion, the cardiovascular system, and endocrine gland organs.

Also, many different dishes can be prepared from watermelon. They are usually eaten fresh, but they can also be used in desserts and drinks, cooked or boiled. However, watermelon crusts do not disappear – it turns out that jam or pickles are made from them. So, the recipe for pickled watermelon rind appeared in a cookbook published in America in 1796.

How is Watermelon Day celebrated?

Of course, they arrange picnics in nature, where they eat a lot of watermelons and then organize competitions. They will spit the farthest watermelon seed, or compete for the best image carved from watermelon. What are your favorite watermelon memories? Try these other fun ways to celebrate the day, too!

If you also like this berry, join the celebration of Watermelon Day – eat outside with friends or at home, entertain children, and arrange a competition for the best watermelon dish. Also, prepare a refreshment. The main thing is to enjoy delicious and healthy food!

-This day on the 3rd of August every year, is a nonofficial holiday to mark the bright red fruit’s deliciousness. Wishing a very happy watermelon day.

-It is among the favorite holiday for people of all ages. Being a hot summer day rest or an occasion of a particular cause, both go hand in hand.

-In this watermelon day, let us go to the best watermelon farm and bring out the best out of them. And enjoy the dat to the fullest.

-Watermelon can also be efficiently manipulated into some frozen watermelon desserts, which people rarely think of preparing.

-The origin of the day’s celebration is as mysterious as is watermelon a mystery to be a fruit or plant to the biologists.

-Keeping it aside, the day’s notion is to be valued more, so go ahead, there’s no stopping. Enjoy the day to the fullest. Wishing a very happy watermelon day.

-In light of the grand occasion to be celebrated, plant your sampling of the red fruit much ahead than the day approaching.

-When watermelon arrives, pluck your watermelon, slice it into pieces, eat them, and feed others.

-On this day, people all over the United States of America go gaga by making the best use of social media handle to create spread their devotion and love for such an enriching fruit.

-Join in the movement, turn all your social handle red-red-red with all you did with the watermelon all through the day by tagging #NationalWatermelonDay.

-Watermelon overshoots the mere exclamation of being juicy, delicious, and unique and is much more than that.

-There can be no better alternative than watermelon for those who find it not so wise to keep a check on their daily water consumption.

-Watermelon can be considered to be a digestion supplementation, besides, too. It has significantly proven is worth it in the field.

-It contains a small amount of fiber, and the is water constituent is vital in terms of healthy digestion. 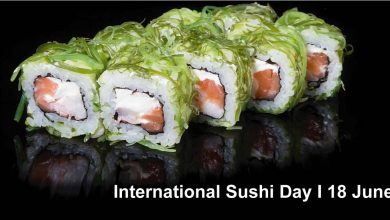 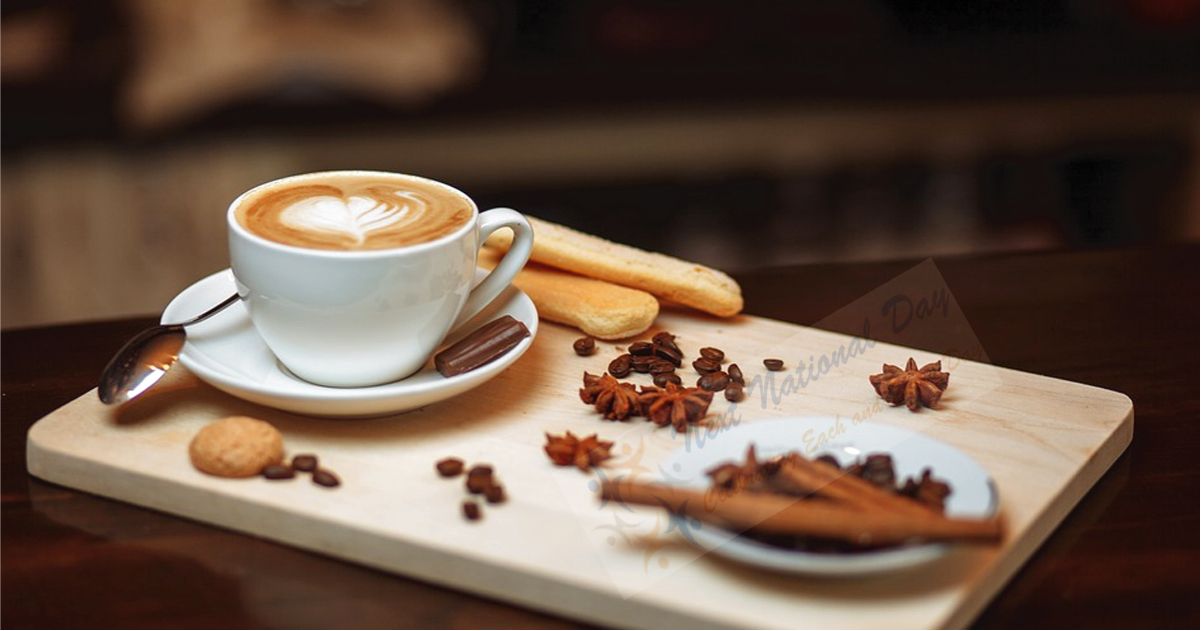 National Coffee Day 2022: When, How to Celebrate & Where to Get Free 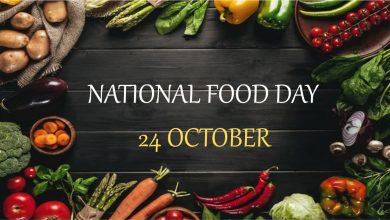 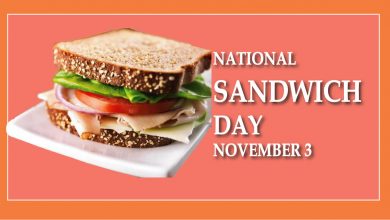