After  Atomic Bombing of Hiroshima and Nagasaki, Emperor Hirohito Announced Japans Declaration and Surrendered on 15th August 194. But The Official Surrender Ceremony Marked on 2nd September. So, The Unites State Official VJ Day is The Second September

According To Estimated, Around 60 to 80 Million People Died During World War II. However, The Day Should not be Celebrate, But Also The Remembrance of Those Who Lost Their Lives. No matter how people refer to this day, what matters is that it is the day on which Imperial Japan surrendered in the Second World War, marking the end of the war.

As mentioned, there is also the date that the official document of surrender was signed, which was the 2nd of September in 1945. This is when the Second World War was officially ended.

An estimated 71,000 soldiers from Britain and the Commonwealth died in the war against Japan, including more than 12,000 prisoners of war who died in Japanese captivity.

How To Observed V-J Day?

You Can Celebrate The V-J Day in Couple of Ways. A Vast Number of People Have Street Parties and Celebrate With Their Neighbors and their friends and families. However, You Celebrate Victory Over Japan Day, You Can Send Wishes To You Family and Friends. Millions of people from the allied countries took part in parades and street parties.

Prime Minister Boris Johnson said: “When the Second World War ended 75 years ago with the surrender of Japan, British soldiers, sailors and airmen were serving in the Far East, fighting hard to achieve victory – and were among the last to come home.

“On this anniversary I want to remember what we owe the veterans of the Far East campaign. They brought an end to the Second World War, they changed the course of history for the better, liberated South East Asia, and many paid the ultimate sacrifice.”

During his victory speech, King George VI said: “The war is over. You know, I think, that those four words have for the Queen and myself the same significance, simple yet immense, that they have for you.”

“Our hearts are full to overflowing, as are your own. Yet there is not one of us who has experienced this terrible war who does not realise that we shall feel its inevitable consequences long after we have all forgotten our rejoicings of today.”

The relief that the world received when the war was ended is incomparable to any human emotions. Celebrate this V-J Day with all your loved ones.

On this occasion of Victory over Japan Day let us show that this world can live without the wars and sacrifices of millions of soldiers.

War was never the solution but it still had to be fought so on this occasion of V-J Day we all can commemorate the lives lost in bringing the war to end.

We mustn’t forget the lives of soldiers that were the cost of achieving a war free world. Celebrate this V – J Day by remembering and commemorating those brave souls.

Be proud of our country which played a pivotal role in ending one of the world’s most horror war ever. Celebrate the end of it on this V-J Day.

It is the never backing down from a fight attitude of our country which has helped immensely in ending the World War 2. Let us celebrate this grandeur eve of V-J with all hearts.

During the World War 2, the enemies were infinite but so does our courage and determination. Let us commemorate our glorious achievement on this V-J Day.

It is the joy of seeing a war being ended which have left the good people thinking “Was War really Necessary?” I hope we all can find our answers on this V – J Day.

This was the fight of their lives and for them we have achieved the biggest victories in the history of Mankind. I hope you celebrate this V – J Day with friends and family.

War was the never the answer but it was the heinousness of enemy which instigated a war which would end more wars. Have a Happy V-J Day.

Sometimes the Peace that we humans achieve is the after effects of a great war but nonetheless peace is worth fighting for. I hope you have a great V-J Day.

On the eve of Victory over Japan Day let us all commemorate those individuals who have indulged themselves into winning the war that had end all wars.

On this occasion of Victory over Japan Day we can at least try to be brave just like the courageous souls who have been integral in ending the darkest times.

The soldiers were in on for the fight of the century which ended in turning the cries into the smiles of millions. Wish you a happy and peaceful V-J Day.

Let us all celebrate this joyous occasion of Victory over Japan Day by commemorating the hardships that have gone into winning and ending the war.

Peace is a blessing which is unfortunately interrelated to war. On the eve of this Victory over Japan Day, I hope all the countries remain at peace.

On the eve of Victory over Japan Day, let us all take a pledge and try to win the war against oppression and injustice so that the world becomes a better place.

If the world leaders don’t stop behaving like the dictator then there might be another world war in store. So let us hope on this V – J Day, that we don’t live to tell that tale.

Smile and rejoice as we celebrate a day of Victory over Japan that has shaped the world greatly by just ending the war. Hope you and the family spend a great V – J Day.

Let us thank and commemorate the people who were responsible for making our planet Earth a better place to live on by just ending the war. Hope you have a good V – J Day.

It is the unity and thoughtfulness of our country’s brightest minds that have led us to Victory over Japan. Celebrate this V – J Day to the fullest.

On this special occasion of Victory over Japan Day, I hope we get to see a day where there are no wars to fight and lots of love to share.

Victory in the ocean is rare and hence it was that special victory which did it all. Wish you and the family a very happy Victory over Japan Day.

Life’s a hard fight and sometimes just like the battle of pacific there will be one battle which ends all wars. Hope you have a great Victory over Japan Day.

We all should enjoy this special occasion of Victory over Japan Day with all the fallen soldiers for whom this day wouldn’t have been celebrated.

On this auspicious occasion of Victory over Japan Day, let us all take a pledge to try and win the war of respect, dignity and equality.

This is a day to be filled with pride as we celebrate a victory that has ended the long war. I hope everyone enjoy this Victory over Japan day to the fullest.

A victory against the worst enemy has the potential to end the wars of every enemy. Celebrate this one of a kind Victory over Japan with pride.

The lives that are lost will always be remembered whenever we celebrate this proud occasion of Victory over Japan Day. Have a great V – J Day.

As much as we are proud to celebrate this occasion of Victory over Japan Day, we also need to make a war on hunger as our priority.

The victory that we are celebrating today was needed yesterday, but that doesn’t mean to achieve a victory we will be needing wars today. Wish you a thoughtful V-J Day.

War is the disease of the world which has led this planet to face up with doom but not today. Today we celebrate a victory that has ended wars.

May the world without wars be the beautiful future of our children. Wish you a joyful Victory over Jpan Day.

By the old Moulmein Pagoda, lookin’ lazy at the sea,
There’s a Burma girl a-settin’, and I know she thinks o’ me;
For the wind is in the palm-trees, and the temple-bells they say:
“Come you back, you British soldier; come you back to Mandalay! “
Come you back to Mandalay,
Where the old Flotilla lay:
Can’t you ‘ear their paddles chunkin’ from Rangoon to Mandalay ?
On the road to Mandalay,
Where the flyin’-fishes play,
An’ the dawn comes up like thunder outer China ‘crost the Bay!
‘Er petticoat was yaller an’ ‘er little cap was green,
An’ ‘er name was Supi-yaw-lat – jes’ the same as Theebaw’s Queen,
An’ I seed her first a-smokin’ of a whackin’ white cheroot,
An’ a-wastin’ Christian kisses on an ‘eathen idol’s foot:
Bloomin’ idol made o’ mud
Wot they called the Great Gawd Budd
Plucky lot she cared for idols when I kissed ‘er where she stud!
On the road to Mandalay…

When the mist was on the rice-fields an’ the sun was droppin’ slow,
She’d git ‘er little banjo an’ she’d sing “Kulla-lo-lo!
With ‘er arm upon my shoulder an’ ‘er cheek agin my cheek
We useter watch the steamers an’ the hathis pilin’ teak.
Elephints a-pilin’ teak
In the sludgy, squdgy creek,
Where the silence ‘ung that ‘eavy you was ‘arf afraid to speak!
On the road to Mandalay…

But that’s all shove be’ind me – long ago an’ fur away
An’ there ain’t no ‘busses runnin’ from the Bank to Mandalay;
An’ I’m learnin’ ‘ere in London what the ten-year soldier tells:
“If you’ve ‘eard the East a-callin’, you won’t never ‘eed naught else.”
No! you won’t ‘eed nothin’ else
But them spicy garlic smells,
An’ the sunshine an’ the palm-trees an’ the tinkly temple-bells;
On the road to Mandalay…

I am sick o’ wastin’ leather on these gritty pavin’-stones,
An’ the blasted English drizzle wakes the fever in my bones;
Tho’ I walks with fifty ‘ousemaids outer Chelsea to the Strand,
An’ they talks a lot o’ lovin’, but wot do they understand?
Beefy face an’ grubby ‘and –
Law! wot do they understand?
I’ve a neater, sweeter maiden in a cleaner, greener land!
On the road to Mandalay…

Ship me somewheres east of Suez, where the best is like the worst,
Where there aren’t no Ten Commandments an’ a man can raise a thirst;
For the temple-bells are callin’, an’ it’s there that I would be
By the old Moulmein Pagoda, looking lazy at the sea;
On the road to Mandalay,
Where the old Flotilla lay,
With our sick beneath the awnings when we went to Mandalay!
O the road to Mandalay,
Where the flyin’-fishes play,
An’ the dawn comes up like thunder outer China ‘crost the Bay ! 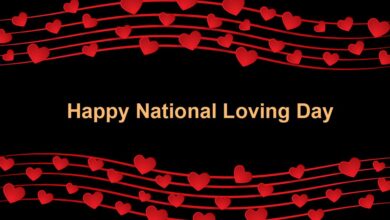 National Loving Day Quotes 2022 To Share With Loved Ones 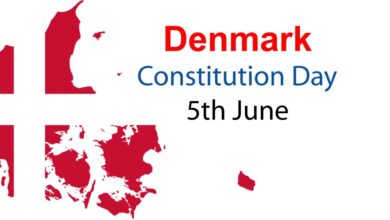 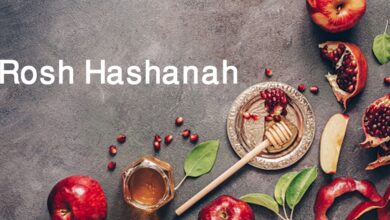 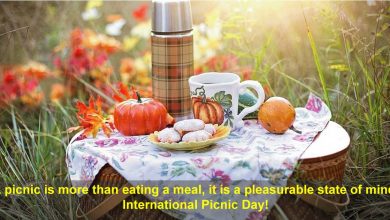